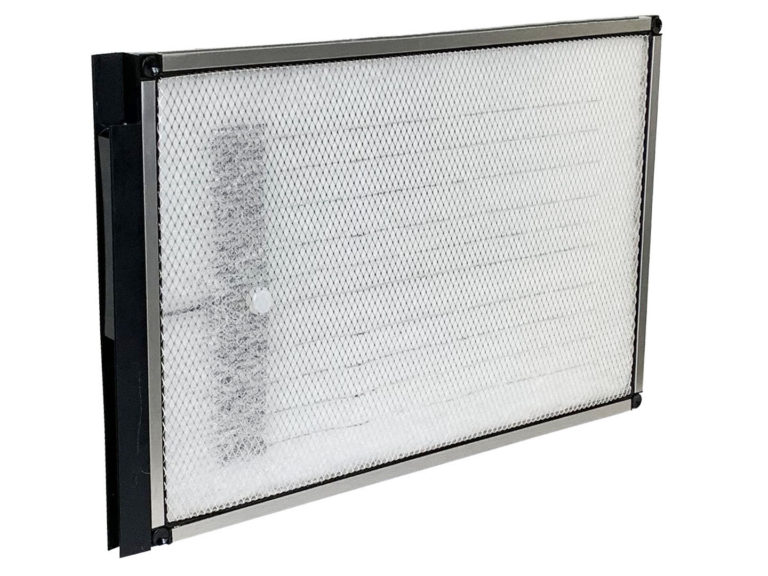 The Dynamo is ECOairflow’s best 1” filter. It uses patented electronic technology to trap airborne contaminants. The Dynamo effectively traps particles in the .3 to 10 micron range (MERV). The section on Radon RDP shows Dynamo technology is capable of trapping particles much smaller which even the best pleated filters cannot do this.

Many other types of particles in this size range can pose serious health risks. Some of the more concerning things Dynamo filters can capture include Black Carbon (BC), Traffic Related Air Pollution (TRAP), radon RDP, viruses, bacteria and other pathogens.

The DYNAMO uses Electronic Polarization Technology (EPT) to trap airborne contaminants. It effectively traps ultra fine particles as small as .001 microns, many of which can pose serious health risks. The DYNAMO is twice as effective then even HEPA filters at this particle size level. Even the most expensive pleated filters don’t come close.

The Dynamo has low static pressure drop, significantly lower than most pleated filters. Use of a Dynamo can reduce HVAC operating costs by up to 15%.

Patented one-piece pad design and technology makes it easy to change pads. Just open the filter, carefully remove and discard the old pad and then drop in a new one. It’s that simple. 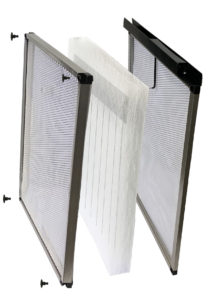 Save Energy and Reduce Waste

Low air resistance (pressure drop) coupled with low power consumption means it consumes up to 15% less than most competitive filters. In a large dwelling, the savings can be considerable.

Radon gas poses serious health concerns to anyone exposed to it. Recently, health professionals have begun to realize the scope and seriousness of this issue. Radon is a radioactive gas found naturally in the environment. It is produced by the decay of uranium contained in soil and rock. In open spaces, it poses little health risks. When radon gas accumulates in enclosed or poorly ventilated spaces, then it becomes dangerous. High concentrations of radon are usually found in places like basements and crawl spaces because these areas are closest to the source of the gas and usually not well ventilated.

Radon gas is constantly undergoing a decay process which produces tiny particles known as radon progeny or RDP. These ultra fine particles, many of which are radioactive, can be inhaled into the lungs, where they can emit “alpha particles”. Alpha particles release small bursts of energy which can be absorbed by nearby lung tissue. This usually results in lung cell death or damage. Damaged lung cells have the potential to result in a malignancy when they subsequently divide to reproduce themselves.

No residential filter, including the ECOairflow Dynamo, is capable of removing radon gas. ECOairflow technology, however, has been proven, through third party testing by internationally recognized, certified radon professionals, to be capable of effectively capturing RDP. It has been shown in multiple installations to be capable of being a standalone solution for the removal of radon RDP when active soil depressurization is not possible or is cost prohibitive.

Radon RDP has been shown in independent testing to be .001 microns in size and even smaller. ECOairflow technology has proven capability in the reduction of radon RDP. For additional information on radon particle size, we invite you to read E3S Web of Conferences 28, 01040 (2018) https://doi.org/10.1051/e3sconf/20182801040

Only a radon professional can determine the optimal solution for mitigation in any given environment. Regardless of what solution is undertaken, it only makes sense to install an ECOairflow air cleaner as part of an enhanced air quality solution for your home.